Janine Mackintosh is one of the most orderly artists you’ll meet. Her Kangaroo Island studio is as trim as a jewellery shop. Instead of brushes, clutter and paint-spattered easels you find neat towers of white boxes of the kind used for cakes and takeaway noodles. These containers brim with leaves, twigs, seed pods and shards of bark – each from a particular plant species.

This trove of earthy debris powers Janine’s art. With quick, bright eyes and busy hands, she stitches and glues these materials into immaculate forms on white canvas: mandala shapes, quilt-like patchworks and intricate, mind-spinning whorls of shells, bark slivers and all sorts of leafy matter.

There’s no small irony here. Somehow out of the mess of our native scrub – that scratchy tangle of fallen branches and leaf litter we often struggle to walk through – Janine convenes assemblages that stop you in your tracks with their control and sheer graphic verve.

This immediate allure has won Janine a legion of followers and a swag of prestigious People’s Choice prizes: for the Waterhouse Natural History Art Prize in 2008, 2009 and 2011, the 59th Blake Prize, 37th Alice Prize and the 2012 Heysen Prize.

Yet her art is much more than wily exercises in aesthetic charm. When you stand before one of Janine’s big mandalas you’re not gazing at just any old leaves. Each work is considered with a taxonomic rigour that would make a botany professor glow with pride.

Thus her creations are typically an expression of an individual plant or tree species and the myriad connections humming within its wild domain – including the changes wrought by time, decay, leaf-munching beetles and other organisms.

“I’m trying to show people the incredible natural detail of these places and the outrageous complexity that keeps it going.” says Janine. “Each picture is a distilling out of how important it is to conserve every small ecosystem.”

In other words, these works pack a punch. Each is an ardent marker of place at its most granular. Look closely and this artist’s very devotion to creating balance, intrigue and visual harmony kicks in as a metaphor for the intricate inner workings of a habitat – the natural order that sustains all living things.

And, increasingly, the habitats under the microscope are on Janine’s home patch. She and partner Richard Glatz moved to live fulltime on Kangaroo Island in 2012. Their hilltop home overlooks a sprawl of farm paddocks and several hundred acres of pristine bushland with distant views to D’Estrees Bay.

You only have to spend a few minutes with Janine burbling away about the delights of their mallee scrub, lagoons and banksia heath to sense the gratitude of someone who has arrived. After years of commuting to and from the island – and having drag materials back to their city digs – she can’t quite believe her good luck. “Here I’m just in this dreamy creative state,” she waxes.

As art projects go, Janine’s has the authentic feel of a culmination. She and Richard both grew up as country kids in SA’s Riverland. “I had parents who were field naturalists, and we’d go bush camping with friends or visiting parks and native gardens. So I always had this passion for plants,” says Janine.

Even as a youngster she was an inveterate sorter. From shells and pebbles to her grandmother’s button collection, there was a knack for working with materials to collate and winkle out patterns. “I also loved trips to the dump to rummage for stuff,” she confesses. “It’s partly because these objects give me a starting point. There’s already colour, texture and form. And it’s my thing – I have to assemble.”

That organisational gift prompted Janine to study graphic design and into a 15-year career in Adelaide’s advertising industry. For his part Richard pursued his insect fascination to be a leading SARDI entomologist.

A shared love of nature untrammelled led the pair to Kangaroo Island. In 2000 they bought Boobook Hill, 200 acres of heritage scrub near the southern shores of Dudley Peninsula. As they fossicked together through this, their first investment in mallee woodland, Richard would gather specimens for his ever-expanding insect collection.

Meanwhile Janine, starting gathering plant material from the property, using conventional pressing and drying techniques to create a herbarium. For someone with her design chops it was a short skip of faith to elaborate these techniques to larger wall pieces that enticed the eye and bridged into the realm of abstract art.

In the wake of early exhibition success on Kangaroo Island, Janine’s key breakthrough came early in 2008 when Southern Ocean Lodge commissioned her to create a series of mandalas as the major artwork for their ‘Great Room.’ Six years on and her wondrous assemblages continue to garner a widening national and international audience. Another milestone beckons later in 2014 with her first major solo exhibition at Adelaide’s Hill Smith Gallery.

There’s a teasing paradox here. An artist on song, delving ever deeper into the minutiae of her very backyard. An artist producing work that is resolutely true to its site and provocative in its pitch. Yet, at the same, conjuring art objects that reach out with a mystique and universal appeal all of their own.

Such is the joy of seeing an artist who’s arrived. “I have this feeling here that it’s endless,” says Janine gazing out across her beloved bushland. “It’s the old infinity in a grain of sand thing. I just know I could confine myself to this patch and never run out of ideas.” 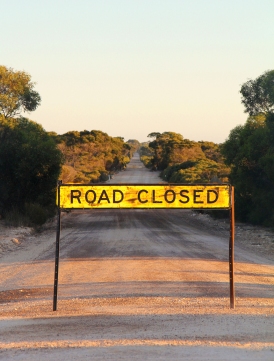 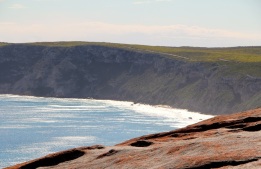 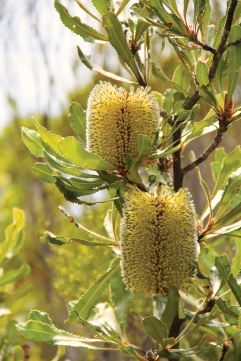 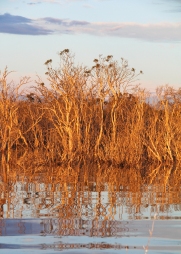 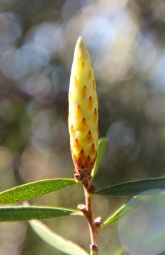 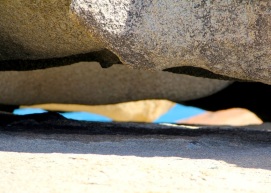 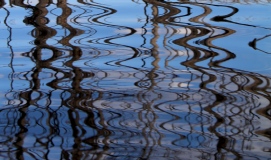 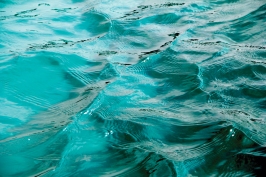 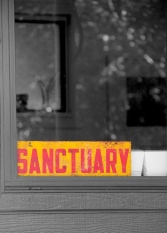 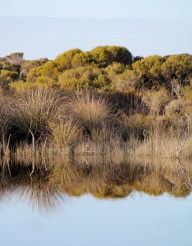 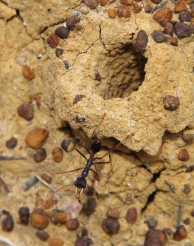 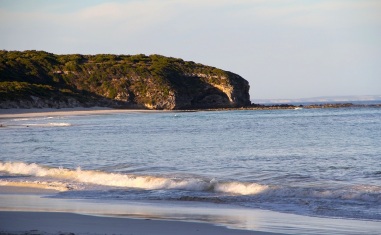 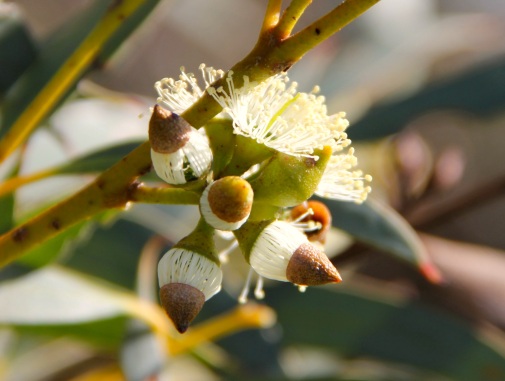 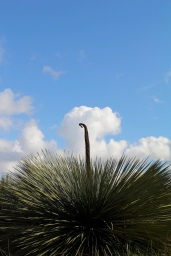 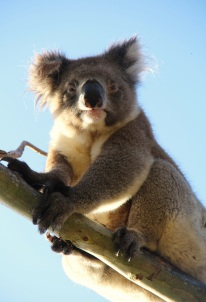 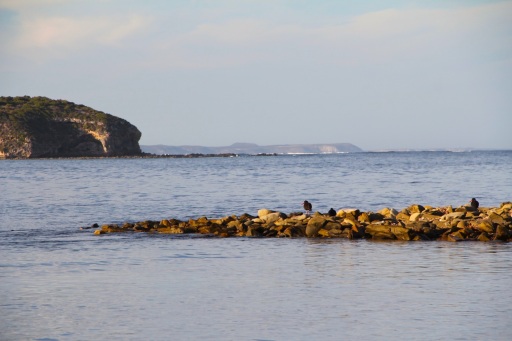 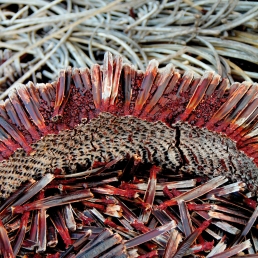 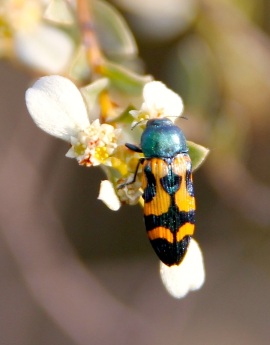 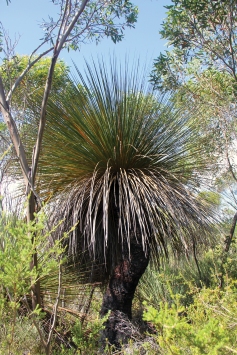 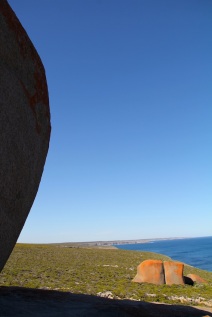 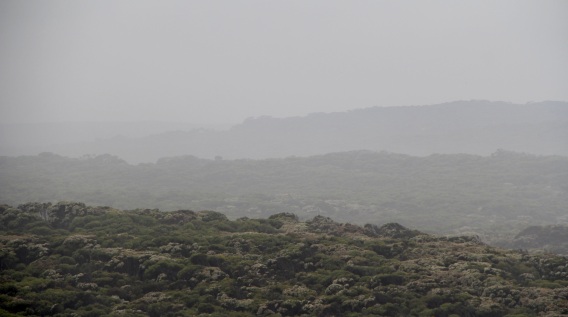 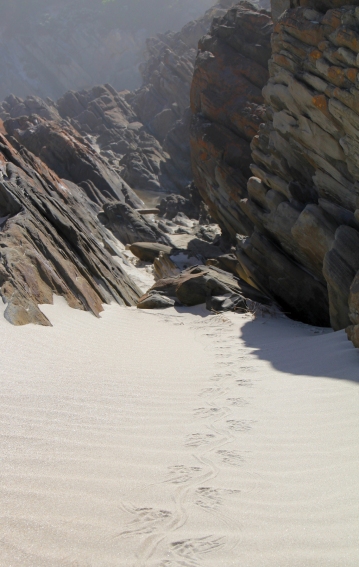 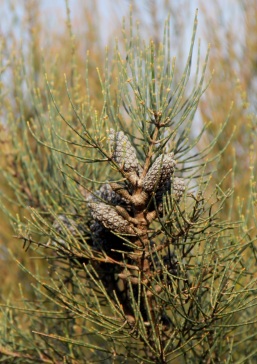 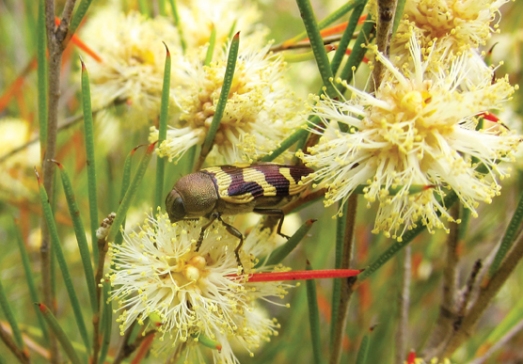